You thought the story was over...

Two buildings down, the former post office was little more than a few walls and a caved-in ceiling. A strong stench of rot and death permeated the air and made her gag, but she couldn’t afford to bypass this particular stop. Had to make sure nothing had changed since her last visit. She went as far as the edge of the doorway to take a peek inside.

Less than ten yards away, the Gray she’d trapped stared at her, clocking every twitch and movement with its sunken red eyes. Did it recognize her? She doubted it. There was no hatred in it, only a violent hunger clouded by the kind of confusion she would have expected from an animal. Cece supposed that was fitting. To her knowledge, there had never been a Gray who’d shown itself to be anything more.

Only its head and one arm were visible. The rest was pinned beneath the wall that had collapsed on top of it. It looked even more monstrous now than it had before. Its gray skin had turned leathery and pale since its imprisonment. It couldn’t move, barely wheezed a small breath here and there but, where a human being would have been crushed to death by now, the Gray was still stupidly hanging on to life. Its entire lower lip and part of the upper were missing, which made its huge fangs the most prominent feature of its face.

Grays were the ultimate predators, and nothing mattered to them more than their next meal. This one was no exception. In the absence of an available food source, it had started to cannibalize itself to whatever extent it could, eating its face and taking bites out of its arm. Cece was surprised it was still there at all.

Injured, weakened, it still tried its best to get at Cece, but all it could manage was a feeble scratch along the dusty ground with the inch-long claws at the ends of its skeletal fingers.

It gargled a sound as if it wanted to scream, then shook its head so violently blood and spittle went flying in all directions.

Cece ought to put it out of its misery; it was the humane thing to do. But no way in heaven or hell would she risk going anywhere near those fangs. They had poison in them. All it would take was one moment of inattention, the lightest scratch to break her skin, and she’d be done for.

Status quo was holding. She’d seen what she’d come here to see. Moving on. Cece stepped away from the wall, and the Gray went mad, yanking itself in her direction, wanting to give chase. It couldn’t budge the concrete. Instead, it mutilated itself. Cece heard bones creaking and breaking. It threw its arm out to reach farther and, when it slammed against the ground, she saw the shoulder pop out of its joint.

The Gray shook, then turned its face up toward the ceiling and screamed all its rage and madness into the amplifying box that was the post office.

If any other Gray heard that call, they’d swarm to it in no time. She ran straight to the hardware shop where she kept bottles of strong-smelling chemicals stashed in the back to mask her scent trail. Usually, she was satisfied with a little spritz of expired air freshener. Today, she opened every bottle of cleaner and oil left and upended it on the floor where she’d entered and down the aisle where she left through the back exit.

Three blocks away, she stopped to look over her shoulder, but saw no sign of movement. Nothing was following her. Still, that chilling scream wouldn’t leave her.

It’d almost sounded like a desperate call for help. 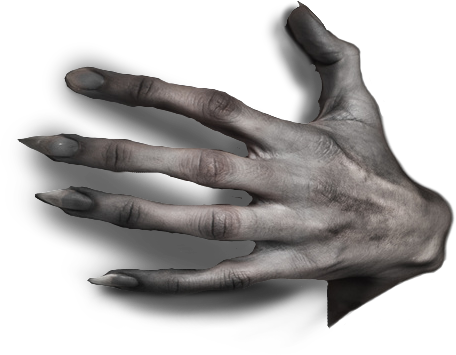